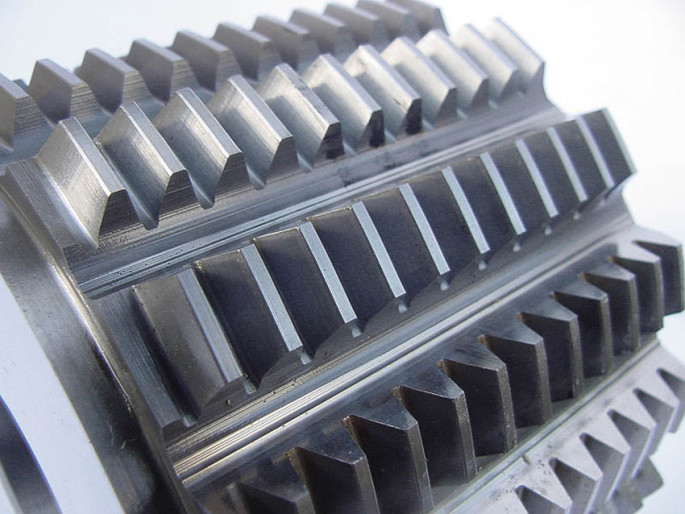 A gear hob is a gear cutting tool composed of different parts. The main parameter characterizing a gear hob is the module, which is the result of the division between the pitch gear diameter and the number of the teeth.

Besides, helix angle β, also called thread angle, is measured on the pitch diameter of the hob depending on this value and the number of starts. The angle is direct proportional to the diameter, pitch, module and number of threads. So, when this increase also the other parameters increase consequently. It is important to highlight that the helix direction of the hob is chosen in agreement with the helix direction of the gear.

Gashes are another fundamental geometrical element of a gear hob. These are serrations that cut the threads either in an axial or in a perpendicular direction. The number of gashes should be chosen during the design phase on the basis of many factors, including final quality and working conditions. They depend on the hob diameter and on the number of starts. The current tendency is to design hobs with a larger number of gashes due to the fact that the hobbing time is reduced and the feed speed is higher. Moreover, the gash determines the cutting face by intersecting the thread. The cutting face is radial in the majority of cases. In any case, to realize a positive or negative rake angle, the hob must be reshaped with a grinding wheel positioned out of axis by a distance that depends on the rake angle itself and on the hob diameter.

There are also other important gash’s elements which influence the cutting efficiency of the tool, just like:

These are just some of the most important elements of a gear hob, to know the others read the news.